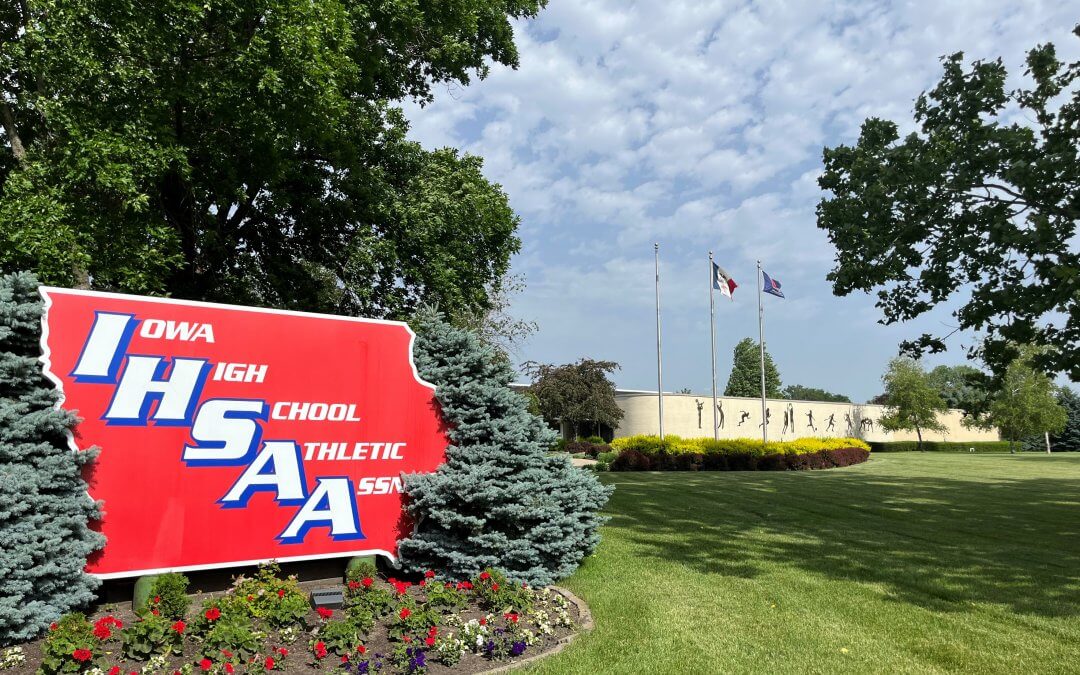 DES MOINES, Iowa – The Iowa High School Athletic Association’s Board of Control met Monday and approved several postseason adjustments for 2022-23, including a new venue for the State Dual Team Tournament and pairing process for basketball.

On Monday, the Board of Control approved a three-year agreement with Xtream Arena in Coralville to begin on Feb. 4, 2023 and coincide with the weekend currently slated for the Iowa Girls High School Athletic Union’s inaugural wrestling tournament.

“In addition to the amenities Xtream Arena can provide, scheduling it alongside the new girls’ tournament will benefit our participating schools, officials, and spectators. We trust the team at Think Iowa City and Iowa City Area Sports Commission will help us grow the dual team tournament as part of an outstanding weekend of Iowa high school wrestling.”

Xtream Arena opened in 2020 in Coralville’s Iowa River Landing, just off of Interstate 80. The venue can seat just over 5,000 spectators and is attached to the GreenState Family Fieldhouse, which will allow for warm-up and team space during the tournament.

The Board of Control approved recommendations out of the basketball advisory committee to eliminate the early release of substate and district pods and their associated coach seeding meetings starting in 2023. In their place, IHSAA staff will compile and release brackets for the lead-up rounds and the state tournament.

“We appreciate the advisory committee and leadership from the Iowa Basketball Coaches Association being proactive with this adjustment,” IHSAA assistant director and basketball administrator Todd Tharp said. “Pushing back the release dates will allow us to gather as much information as possible from regular season games and complete improved postseason assignments. We want to be responsive to our advisory committee and head coaches with their concerns regarding assignments and seeding meetings.”

Brackets for Class 2A and Class 1A would be slated for release during Week 32 (Feb. 6, 2023) of the NFHS calendar, and Class 4A and Class 3A during Week 33 (Feb. 13, 2023). Last season, district and substate assignments – prior to seeding meetings and brackets – were released starting Jan. 21.

Feedback from the spring joint committee meeting featuring staff and board members of both the IHSAA and IGHSAU led to the approval of a rotating State Meet schedule starting in 2022. The adjustment is a result of both teacher and sport scheduling conflicts at both large and small schools. Each class will move one session each year along the two-day and four-session schedule.

State Qualifying Meets will also feature a small schedule adjustment: Girls’ races will start at 4 p.m. and boys’ races will begin at 4:40 p.m. beginning in the fall 2022 season.

The Iowa High School Athletic Association works to coordinate, develop, direct, oversee, and promote high school and junior high sports and activities across the state of Iowa. The IHSAA is a 501(c)(3) nonprofit organization that offers free membership to all high schools in Iowa that are recognized by the Department of Education.