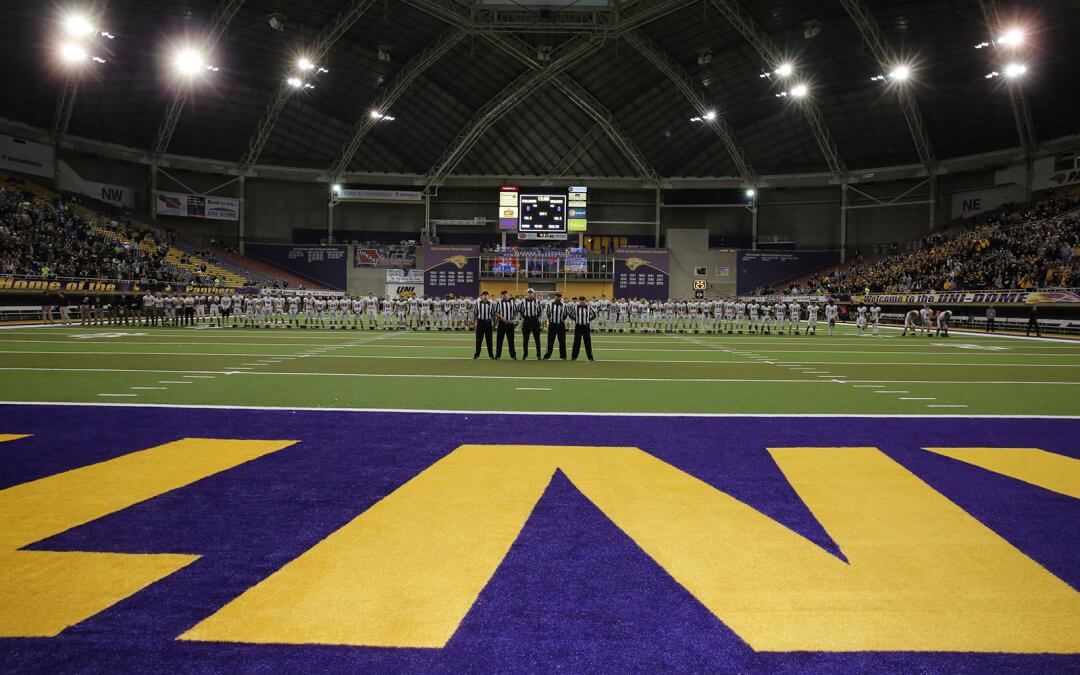 The IHSAA is proud to announce the 2019 class for induction into its Football Hall of Fame, with the six selections to be honored on November 22 during the Class 4A championship game at the UNI-Dome in Cedar Falls. These honorees were nominated through their schools, picked by the Football Hall of Fame selection committee, and approved by the Board of Control.

KEVIN BRADDOCK – West Branch – A key contributor on two Class 1A title teams with the Bears, Braddock starred in his senior season of 1991 by earning elite all-state honors as a running back and claiming three championship game records that still stand. Braddock had 311 rushing yards – an all-class title game record – with five total touchdowns, including a 91-yard rushing score, in that 42-13 win over West Bend-Mallard. That capped an unbeaten 1991 season and he became walk-on at the University of Iowa in 1992.

ED DONOVAN – Solon – A four-year starter and Spartan legend, Donovan shined in 1971 and 1972 before becoming a starter at the University of Iowa. A running back for his final two varsity seasons, Donovan scored 36 total touchdowns in the eight-game 1972 campaign, the first year of the IHSAA playoffs. Donovan held numerous Solon records, scoring 36 points in a single game and even scoring four touchdowns in four different ways – rushing, kickoff return, punt return, interception return – in one game.

MATT KROUL – Mount Vernon – A three-time all-state and all-conference pick at linebacker, Kroul was a feared hitter who also rushed for more than 1,000 yards in his senior season of 2003. Mount Vernon played in the UNI-Dome in his three standout seasons, including back-to-back appearances in the Class 3A title game in 2002 and 2003. Kroul then went on to start a record 50 consecutive games at the University of Iowa as a defensive lineman.

TYLER SASH – Oskaloosa – Sash was a two-time all-state selection at Oskaloosa before eventually continuing his football career at the University of Iowa and winning a Super Bowl in the NFL with the New York Giants. In his senior season, Sash scored touchdowns passing, rushing, receiving, and via kickoff return and punt return, and was responsible for nearly 60 percent of his team’s total offense, including 1,173 yards and 20 touchdowns rushing in nine games.

PARKER WILDEMAN – Cherokee, Washington – The physical all-state defensive lineman and state heavyweight wrestling champion led Cherokee to the Class 3A quarterfinals in his senior season of 1989. It was just the program’s second ever trip to the postseason, with Wildeman using that Siouxland success as a springboard for an All-Big Ten run at the University of Iowa and eventually into coaching.

JOE WOODLEY – Valley, West Des Moines – Woodley was a two-time all-state linebacker whose toughness and two-way skills helped set the tone early in Valley’s now-record 27 straight playoff appearances. A standout player and eventual coach from an impressive family coaching tree, Woodley was named CIML player of the year in 1998 and went on to become a team captain and play in three bowl games at Iowa State University.