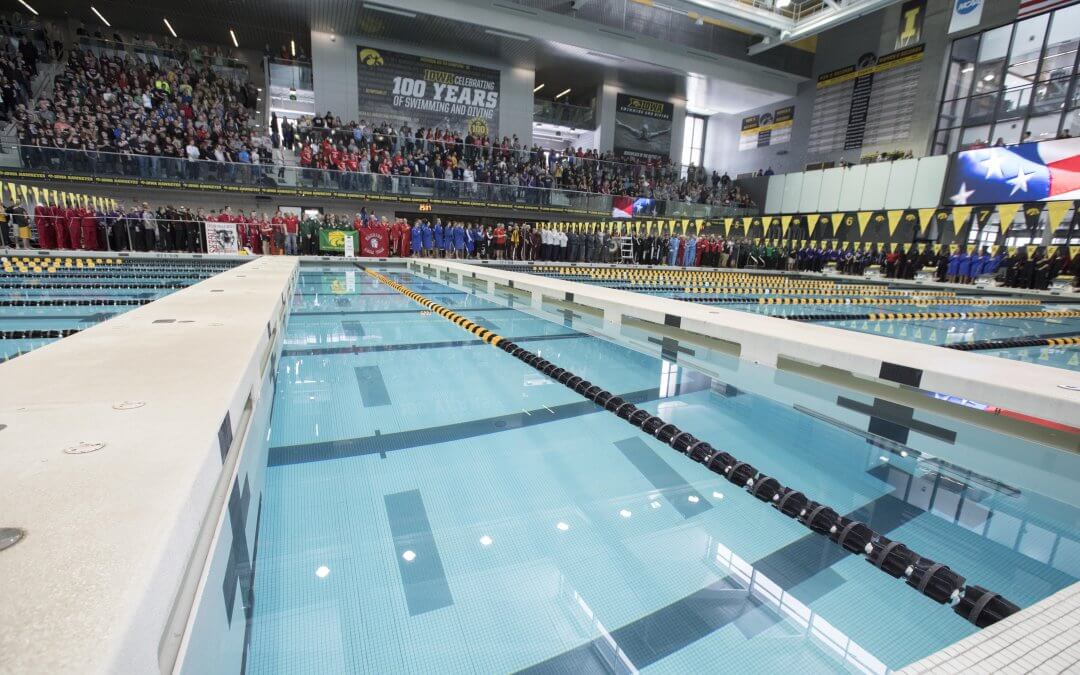 BOONE, Iowa – Starting in 2021, the Iowa High School Athletic Association’s state swimming championships will expand from one afternoon of finals into a two-day, preliminary and finals event at the University of Iowa’s Campus Recreation and Wellness Center.

The IHSAA Board of Control approved that move and more at Monday’s regular meeting in Boone, including an increase in state swimming qualifiers as recommended by the sport’s advisory committee. The changes will allow for 32 preliminary qualifiers per individual event at the winter championships, now set for Feb. 12-13, 2021 in Iowa City.

“The University of Iowa has been a tremendous host for our swimming programs,” IHSAA executive director Tom Keating said, “and this expanded format can offer more student-athletes an even greater competitive experience at a top-class facility.”

Preliminary rounds for swimming’s eight individual events will include 32 qualifiers on Friday evening, Feb. 12. The final rounds on Saturday, Feb. 13 will feature 24 team qualifiers in each of the three relay events and consolation and championship heats in individual events.

Long-running discussions from the advisory committee and among the 51 member schools offering swimming brought the options to the board, which approved the measures unanimously. A preliminary and final format is commonly used in club competitions and was adopted by the Iowa Girls High School Athletic Union in 2018.

New state meet records have been set in seven out of 11 events since the move to the CRWC natatorium in 2018. Six new all-time best marks were set at the 2020 meet.

Other brief highlights from the Board of Control meeting are listed below.

Basketball: An April meeting of the advisory committee offered two recommendations regarding lead-up postseason play. The board approved policy to play select rounds of postseason game as doubleheaders – first round and second round for Classes 2A and 1A, first round for Class 3A – unless mileage to potential host sites exceeds 70 miles or facilities do not permit their use. Seeding meetings are also to be conducted either in-person or via video conferencing.

Golf: Cell phones will now be permitted for players to use as rangefinders or official scoring devices during competition. All other uses remain prohibited and will be considered code of conduct violations.

The board approved the postseason manual for baseball, outlining policy and procedures for IHSAA district and substate games set to begin as early as July 9. Select hosting and game procedures are subject to change due to COVID-19 and will be announced as soon as they are available.

District assignments for Class 2A and Class 1A will be released later this week, with pairings posted the week of June 29. Coaches’ seeding meetings will dictate bracket placement and are set to take place on either Sunday, June 28 or Monday, June 29.

For Class 4A and Class 3A, substate assignments will be shared next week. Those pairings will be released the week of July 6 following seeding meetings on July 5 or July 6.

Previously approved classifications will not be adjusted to reflect member schools that have or will drop out of the 2020 baseball season.