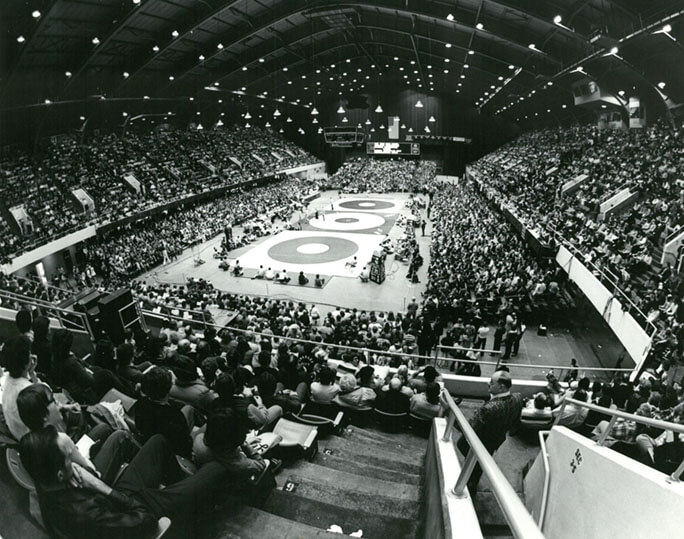 The IHSAA is proud to announce the 2022 class for induction into its Wrestling Hall of Fame, with the seven selections to be honored on February 19 before the state championship matches at Wells Fargo Arena in Des Moines. These honorees were nominated through their schools, recommended by the Wrestling Hall of Fame selection committee, and approved by the Board of Control this winter.

Below is brief biographical information on each Hall of Fame selection. More information on IHSAA awards is available in the annual state tournament program, available for $5 at Wells Fargo Arena or through the IHSAA website and office.

KYLE ANSON, Iowa City, City High – The 2005 grad was a three-time state champion in Class 3A and graduated with a career record of 164-9. Anson finished third in his lone season off the top of the podium, winning at 119 pounds in 2002, and 125 in 2004 and 2005. Considered a high school All-American in 2005, Anson was also a two-time junior freestyle All-American and went on to wrestle at UNI and qualify for the NCAA championships in 2007.

COLE PAPE, Maquoketa – A three-time state champion in his freshman, sophomore, and senior seasons, Pape owned a varsity record of 136-12, with nine of the 12 losses coming as a freshman. Pape managed multiple injuries in his junior season and finished third, but that performance was sandwiched by titles at 130, 135, and 152. The 2001 grad went on to wrestle for the University of Iowa.

LYLE WILSON, Boone – A posthumous recommendation for the second three-time state champion in Iowa high school wrestling history. Wilson’s titles were won in 1923, 1924, and 1925, when Iowa held open state tournaments. Boone had the first two three-timers with Willis Standley (1922-24) and then Wilson, led by coach Leland Page. Wilson’s wins came in tournaments held at Iowa State University, with Boone emerging as the team champion in each.

JEFF TAMPIR, Maquoketa – Tampir spent his entire coaching career at Maquoketa, leading the junior high program for 17 years, then becoming an award-winning varsity head coach. In 13 years, his teams went 190-45 in duals, but were highlighted by the school’s first state champ (Brian Howell), a three-time champ (Cole Pape), and an undefeated four-timer (Eric Juergens). Maquoketa had 50 state qualifiers and 21 medalists in Tampir’s tenure, including a streak of nine years in which the Cardinals placed a finalist.

JIM MILLER, Cedar Falls – A graduate of Waterloo, East, Miller is being recommended as a Hall of Fame contributor to Iowa high school wrestling. The longtime Wartburg College coach has dedicated his career to advocating for the sport, and improving the quality of it in Iowa, winning 10 NCAA Division III titles as a coach after a brief stint in high school coaching and a championship wrestling career at UNI.