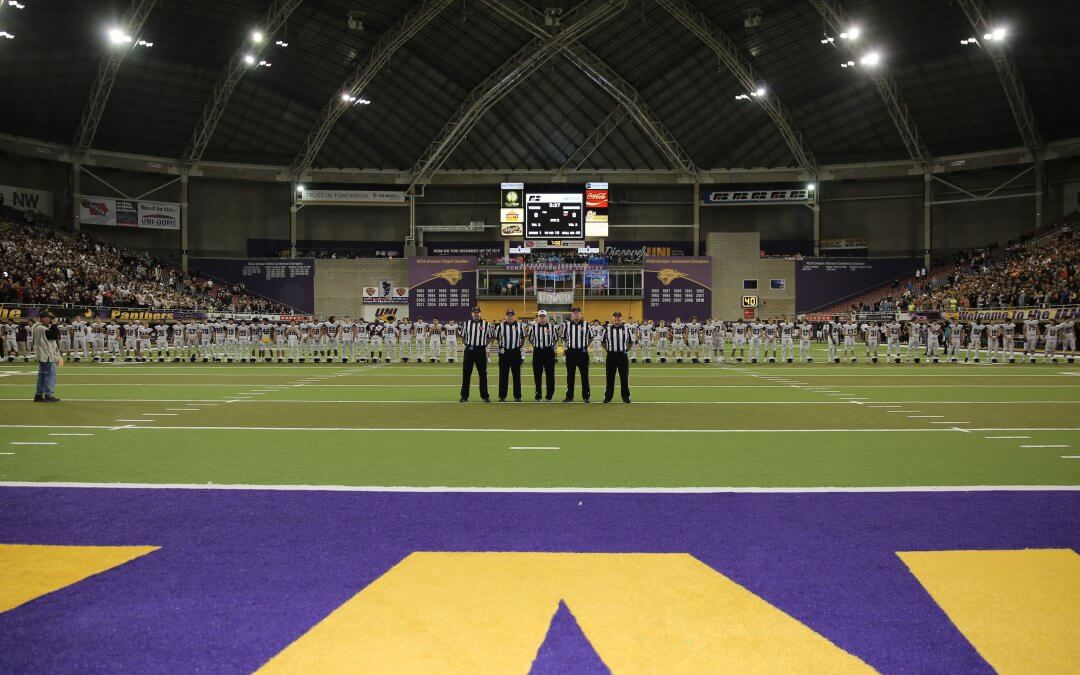 BOONE, Iowa – Following months of study, the Iowa High School Athletic Association’s Board of Control decided Wednesday to shift football to a one-year scheduling cycle and adjust the regular season format of large-school Class 4A over competitive concerns.

In response to ongoing classification discussions and the implementation of a success model to 4A, the board used the special session to approve football districts for just one season, dropping the typical two-year scheduling alignment as a one-time measure. As a result, the IHSAA will reassess football formats again following the 2020 season.

“We have solicited lots of feedback from our membership and a one-year cycle gives us more time to evaluate that feedback and work on making classifications better,” IHSAA Board of Control chairperson Rod Earleywine said. “It’s never going to be perfect, but we acknowledge that there are problems with our current classification system and we need to see what kind of improvements we can make.”

Class 4A, currently the division for the state’s largest high schools by enrollment, will feature 40 teams in a new regular season arrangement during the 2020 football season. Seven groups will be organized for geography and with the intention of providing greater competitive balance to scheduling. The groups were organized by measuring a program’s last four years of football results through the IHSAA’s Ratings Percentage Index formula and their last four years of playoff success.

No other classifications had this system applied to their redistricting process in this cycle.

“This process took longer than usual because of the focus football has received from our classification committee, and our ongoing conversations with Class 4A programs over their competitive concerns,” IHSAA executive director Tom Keating said.

“Through this new model, we believe we’ve increased the opportunities for schools to play football against schools like their own. Programs experiencing participation challenges believe this is a way to encourage more students to play.”

Playoff recommendations out of December’s meeting of the IHSAA football advisory committee, headlined by a proposal for an eight-game regular season and 32 playoff qualifiers in each of Class 3A, 2A, 1A, A, and Eight-Player, were denied by the board on Wednesday.

The postseason featured 32 qualifying teams per class from 2008 to 2015, and consistent requests from the advisory committee and Iowa Football Coaches Association to return to that expanded field were heard, but put on hold during the unique one-year scheduling cycle. A recommendation for nine regular season games and 32 qualifiers was declined by the Board of Control back in December over concerns of reduced player recovery time and scheduling.

The 2020 season will feature nine regular season games and 16 playoff qualifiers in all classes. Playoff procedures – district champions earning automatic berths, Ratings Percentage Index ranking the remaining at-large qualifiers – will stay the same in 3A, 2A, 1A, A, and 8P. All 16 playoff spots in 4A will be considered at-large and determined via RPI.

Through discussions with the joint IHSAA and Iowa Girls High School Athletic Union’s classification committee, superintendents from the Iowa Urban Education Network, and meeting and consulting with Class 4A athletic directors, the IHSAA began on work on scheduling systems, including the board-approved success model.

Other models considered for 4A included adding a classification of football, increasing the number of districts, or adopting a “no district” strategy that would allow schools to schedule all of their own games. The IHSAA sought input from 4A athletic directors on two models while following a classification committee request to address 4A football without affecting lower classes.

“I commend the committee for the work it has done to this point, and we look forward to the continued work it will do to develop the best competition systems for Iowa,” Earleywine said. “Now that we have a model for Class 4A football, the committee can consider the possibilities and how they may apply to other sports and other classes.”

2020 district and group assignments, along scheduling and Class 4A information, are now available HERE.

The Iowa High School Athletic Association coordinates, develops, directs, oversees, and promotes boys’ high school and junior high sports and activities across the state of Iowa. The IHSAA is a 501(c)(3) nonprofit organization that offers free membership to all high schools in Iowa that are recognized by the Department of Education.