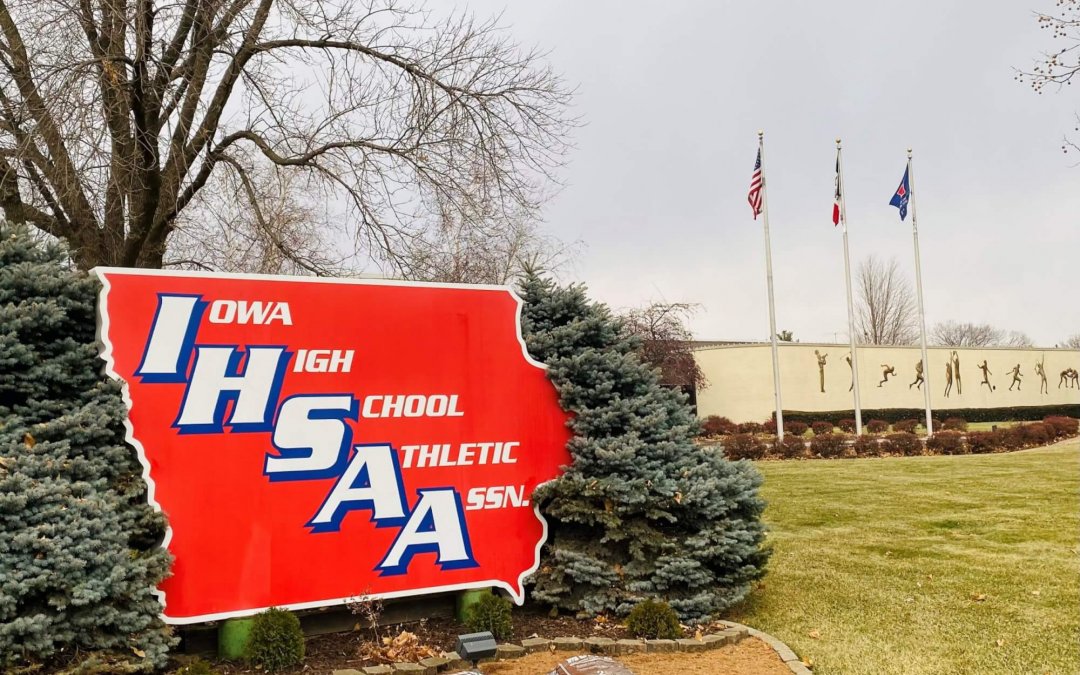 BOONE, Iowa – An amendment to the Iowa High School Athletic Association’s Articles of Incorporation to include a socioeconomic factor into football classifications has advanced to a vote of the membership to begin next week.

A recommendation from the IHSAA’s classification committee last week to adopt a classification model similar to one currently used by the Minnesota State High School League – reducing 40 percent of a school’s free or reduced lunch count from their annual enrollment to determine their final classification number – was approved by the Board of Control on Monday.

Classifications in Iowa high school athletics are currently determined solely by enrollment. If approved, the socioeconomic factor would apply to IHSAA football starting in the 2023-24 school year.

“I want to commend the IHSAA classification committee, the board of control, and the IHSAA staff for their important work on this study and resulting recommendation,” IHSAA executive director Tom Keating said.  “Our schools have asked us to consider socioeconomic factors in classification and the IHSAA, after much study and discussion, is pleased to offer such a strategy.”

The IHSAA’s staff, board, and classification committee considered numerous models and possibilities for classification over the last several years, including a two-year run as a joint committee alongside the Iowa Girls High School Athletic Union. Last week’s recommendation from the committee’s member school administrators was the first proposing an adjustment to how school enrollments are quantified for sports classifications.

“The overwhelming majority of communication regarding concerns with competitive equity referenced football,” Keating said.  “Additionally, football is the only sport in which the regular season is scheduled by the IHSAA. In all other sports, individual schools, through conference affiliation or their non-conference opponents, determine their own regular season schedules. We will continue to study other sports to determine if this model should be applied.”

A vote on the amendment to adopt this classification model will be sent to member schools via email. If approved, the amendment must be submitted to the Iowa State Board of Education for approval. If that is approved, the IHSAA would then implement the recommendation and model for 2023-24 football.

More information on this process and a form for questions will be available in direct correspondence with IHSAA member schools.

For the IHSAA’s classification number, FRL percentages must be submitted through the Department of Education or a school’s BEDS enrollment will not receive an adjustment.

How: Reduce a school’s BEDS enrollment by 40 percent of its district’s FRL percentage.

Voting will be conducted via email, with information sent out by an IHSAA staff member to all member school superintendents.

Voting will begin on Friday, December 16.

Voting will end on Thursday, December 22.

The proposed amendment to the IHSAA Articles of Incorporation is:

Classifications. The schools of this Association shall be classified as follows:

a. The BEDS enrollment for grades nine (9), ten (10), and eleven (11) as provided to the IHSAA from the State Department of Education, and represents the students served by the member or associate member school. The previous year’s BEDS enrollment figures will be used in making this determination.

b. There shall be two classes of high school membership. The 64 largest schools based upon their actual enrollment on the second Friday in September in their top three grades will be classified as “AA” schools. All the rest of the membership will be regarded as class “A” schools.

c.  Classifications in the sport of football will be determined by applying the following socioeconomic adjustment to each school’s BEDS enrollment as defined by subsection a. of this article.

In order for the amendment to be included in the Articles of Incorporation, the following process must be completed: