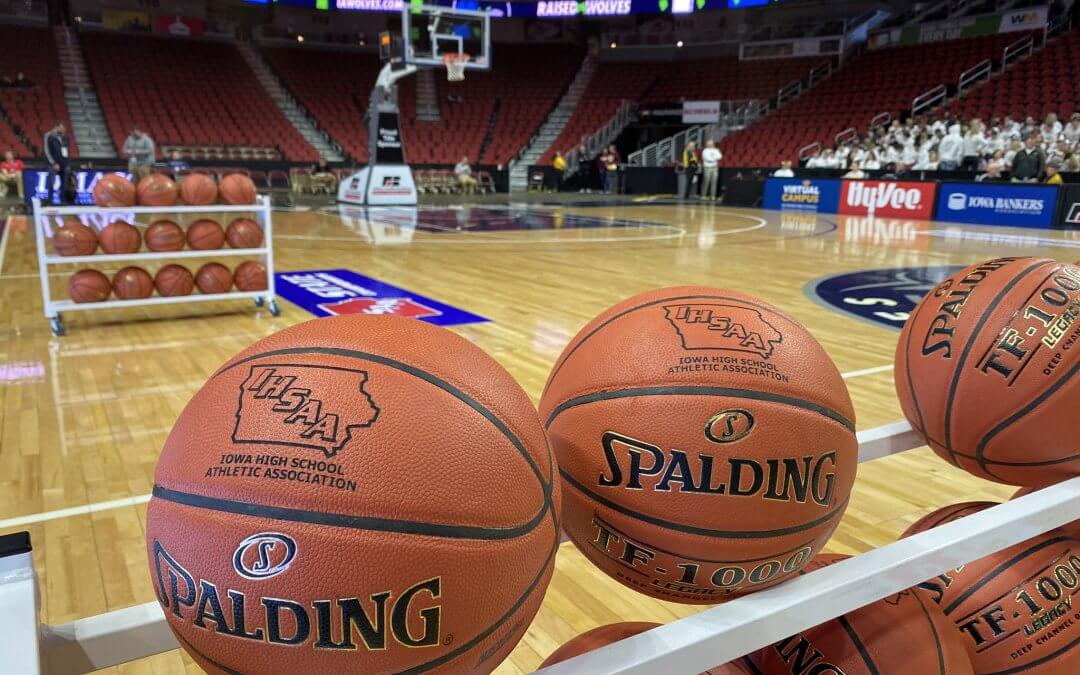 Below is brief biographical information on each Hall of Fame selection, including the three 2020 selections who had their presentations delayed by COVID-19 related restrictions.

More information on IHSAA awards is available in the annual state tournament program, available for $5 at Wells Fargo Arena or through the IHSAA website and office.

JORDAN EGLSEDER, Marquette Catholic, Bellevue: A three-time first team all-state post and two-time state tournament qualifier, Eglseder graduated from Marquette with 1,911 points and 1,109 rebounds in just three varsity seasons. He was named captain of the Class 1A all-tournament team in 2004 and 2006, with his team finishing as runner-up in 2006. Eglseder went on to become a three-year starter at the University of Northern Iowa, graduating with 1,066 points and 656 rebounds and playing on the 2009 and 2010 NCAA Tournament teams. He briefly played with the Houston Rockets in 2010, then spent four years playing professional basketball abroad. The son of Jerry Eglseder and Ann Jacobs, he is the father of one daughter, Brynnlie.

MATT GATENS, Iowa City, City High: A three-time all-state selection and still the career scoring leader (1,928 points) of the Mississippi Valley Conference, Gatens peaked as a prep leading City High to the 2008 state championship and a 25-1 season. Named Mr. Basketball, all-tournament team captain, and Gatorade Player of the Year, he was a consensus All-American and elite recruit who wound up with his hometown Iowa Hawkeyes. Gatens became an All-Big Ten player at Iowa, serving as team captain twice and finishing his career eighth in scoring and third in three-pointers made. An active professional basketball career from 2012-17 spanned from NBA D-League and Summer League appearances to European stops. He is an assistant coach at Drake University. The son of Mike and Julie, he and his wife Erin have two children, Nash and Noa.

JOEL TEMPLEMAN, Urbandale: A two-time first team all-conference, two-time first team all-district, and two time all-state basketball player from Urbandale. Templeman also earned multiple academic all-conference and all-state awards. In 1994, he scored 15 consecutive shots in a substate game his senior year. After graduating he continued his academic and athletic career at Creighton University where he received the 1998 Creighton University Men’s Scholar-Athlete of the Year award. Templeman is now an attorney in Des Moines and continues his passion for basketball by coaching his son’s basketball team. The son of the Peter (deceased) and Linda Templeman, he and his wife Mandi have three children Olivia, Brandon, Delaney.

BRETT WATSON, Elk Horn-Kimballton: A two-time first team all-state recipient with a career scoring record of 2,355 points, leading the state in 1999 with 805 points and 2000 with 767 points. Watson turned EH-K’s four-year previous team record of 18-60 to 71-20. Earning Iowa Academic All-State in 2000 and Iowa AAU Athlete of the Year in 1998. In 2000, scored 30 points in EH-K’s State Tournament appearance. Watson went on to play at Wayne State College, earning four-year president’s scholar athlete, Wayne State College student-athlete of the year, and first-team all-conference in 2005. He has coached at Adel DeSoto Minburn, Creston, Minot State University, Norwalk, Indianola, and currently Waukee Northwest’s head boys’ basketball coach. The son of Warren and Nancy, he and his wife Jenna have three children, Breckin, Cambry, and Bowen.

JAKE WENIG, Danville: A two-time all-tournament team captain in Class 2A, Wenig was the motor for Danville’s back-to-back titles in 2001 and 2002. A three-time all-state selection, he graduated in 2003 with 2,179 career points and 941 career rebounds, part of the 16 program records he held after his senior season. Wenig also drilled a famous deep 3-pointer that beat Garner-Hayfield at the buzzer in the 2002 title game, 52-51. He played one season at South Dakota State before a foot injury ended his basketball career. Wenig now works with his family’s business, Family Motors, in West Burlington. He and his wife Jen have two children, Brynley and Tristan.

B.J. WINDHORST, Clarinda: A two-time all-state selection from Clarinda averaged 29.6 points per game his senior year and lead his team to a state tournament in 1991. He then went on to play for Iowa Western Community College where he earned Junior College all-American and all-region honors. Received Missouri Valley Newcomer of the Year and first-team all-Missouri Valley awards at Drake University where Windhorst scored over 1900+ points in his college career and became the all-time career 3-point leader in 1996 with 384 total 3-point goals made. Returning to his hometown he began his coaching career, then Southeast Polk, and currently head varsity boys’ basketball coach at Valley, West Des Moines. He and his wife Missy have three sons Drake, Thomas, and Ethan.

KEVIN BLUNT, Stanton: A five-sport competitor at Stanton High School earned him multiple all-conference and all-district honors. In 1987, he attended Buena Vista University where he continued his baseball career. Blunt’s coaching career began with Essex in 1987 where he was the basketball head coach for 6 years. While at Essex he also coached football, baseball and Jr. High track. He then went to Bedford where he served as AD and coached basketball for 16 years with a record of 269-91. In 2014, he returned to his hometown of Stanton to coach for 6 years. He had 10 conference championship teams, 5 players for IBCA all-star game, and three-time IBCA district and substate coach of the year. Blunt and his wife Tami have a family which includes Shane, Justin, and Easton and five grandchildren.

DARRELL BURMEISTER, Nodaway Valley: A Bennett Bomber original and graduate of University of Northern Iowa where he earned a degree in Social Science, Physical Education and Coaching. Burmeister started his coaching career in Maquoketa Valley of Delhi, then coached at Bridgewater-Fontanelle and Greenfield where he had five undefeated regular seasons. He then coached at Nodaway Valley where he led six state championship teams in three different sports: boys’ and girls’ cross country and basketball. He was awarded the IBCA State Coach of the Year in 2005 and several sub-state coach of the year honors. He has three children: Jordan, Jenna, and Jamie (deceased).

LARRY HESSING, Pella Christian: A lightweight wrestler from Oskaloosa High School and statistician for the Dordt’s men’s basketball team found a love for teaching and coaching. His coaching career started in 1980 at Dakota Christian Schools in New Holland, SD. Hessing led the team to two state tournaments and a 1986 state championship. He then went on to coach Central Minnesota Christian in Prinsburg, MN. In 1993, he started coaching boys’ basketball and girls golf at Pella Christian High School for 27 years, retiring in 2020 after 456 wins, 12 state tournament appearances, 16 tournament wins, and five runner-up teams. Hessing lives in Altoona and continues to stay active with sports and substitute teaching. He and his wife Betty have two daughters Jodi and Jana, and three grandchildren.

DAVID SKIBSTED, Storm Lake: A two-time all-state football player and graduate from Storm Lake Community Schools and continued his football career at the University of Northern Iowa. Skibsted’s career as an official for 37 years includes 14 state playoffs, 5 state semifinals, and 3 championships. He received 25- and 35-year recognition of appreciation from the IHSAA. Skibsted had many great officiating crews and partners who helped make great memories. The son of Thorton and Orlean, he and his wife Connie have three children Amy, Ben, and Nick.

TODD THOMPSON, Greene: A Minnesota native he attended Elmore High School and continued his education and golf career at Austin Community College. While in college, Thompson started his officiating career beside two Minnesota State Tournament Basketball Officials, Jason Mortvedt and Chuck Murray. From that moment he was hooked and accumulated 6 years of officiating in Minnesota and 25 years in Iowa. He has officiated 15 boys state tournaments including 2 championships and 16 girls state tournaments including 5 championships. The son of Dean and Lavonne, he and his wife Corrine have 4 children Beau, Meg, Amelia, and Zoey.