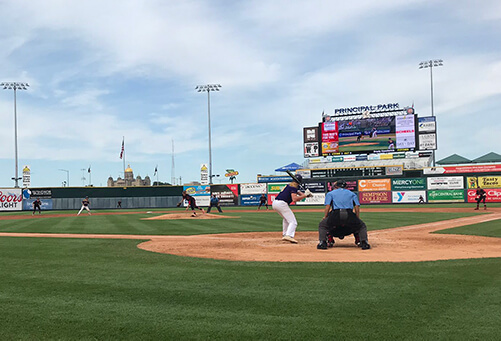 District and substate pairings for the 2020 baseball postseason are now available for all four classifications. Substate final locations will be posted when sites are finalized.

Postseason competition begins with one preliminary round game in 1A on Thursday, July 9, then first round games on Saturday, July 11 in 2A and 1A. Opening round substate games for 4A and 3A start Friday, July 17.

Tickets for district and early round substate games are $6. Tickets for substate finals are $8. Host sites subject to change.

Examples of the bracket seeding are here: 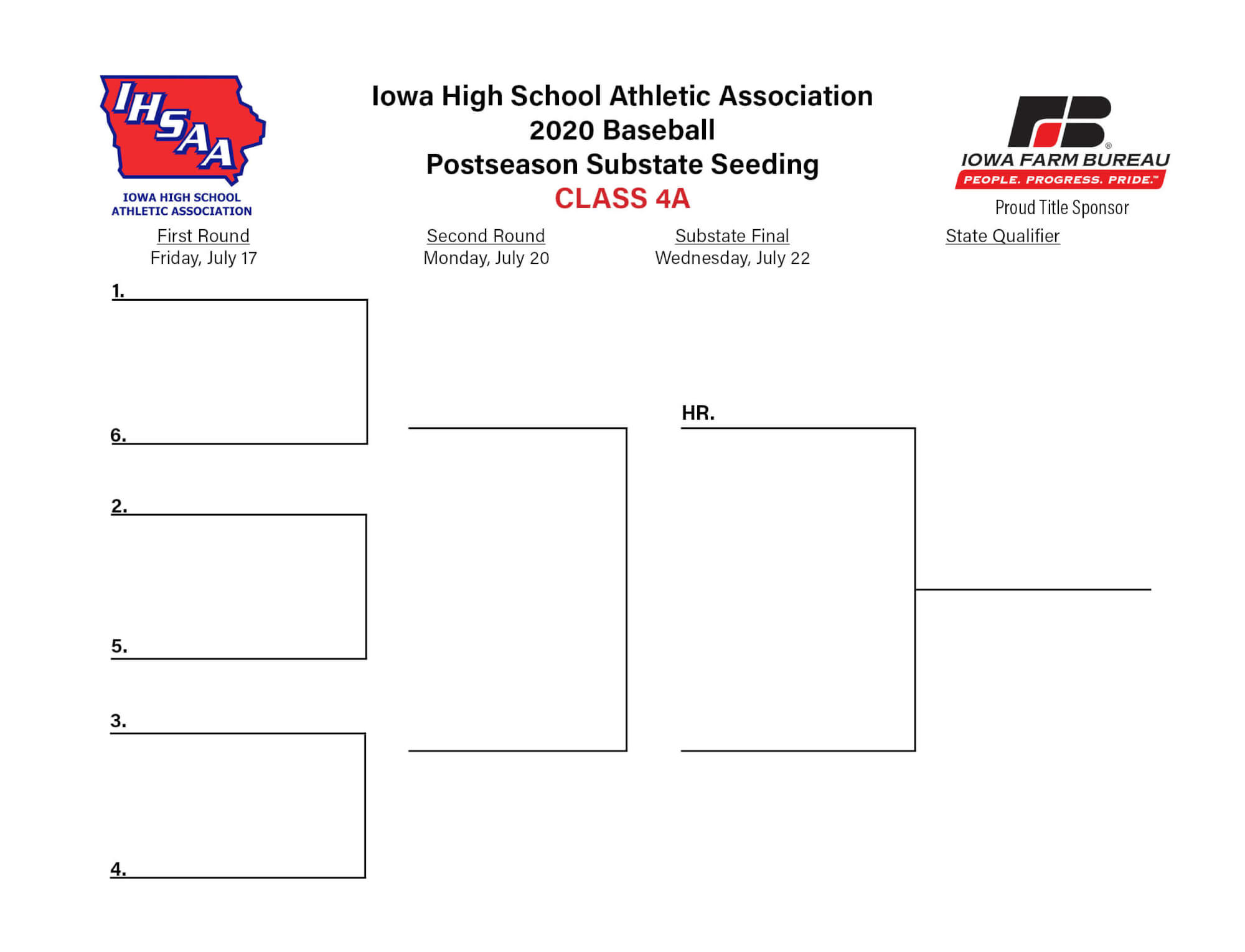 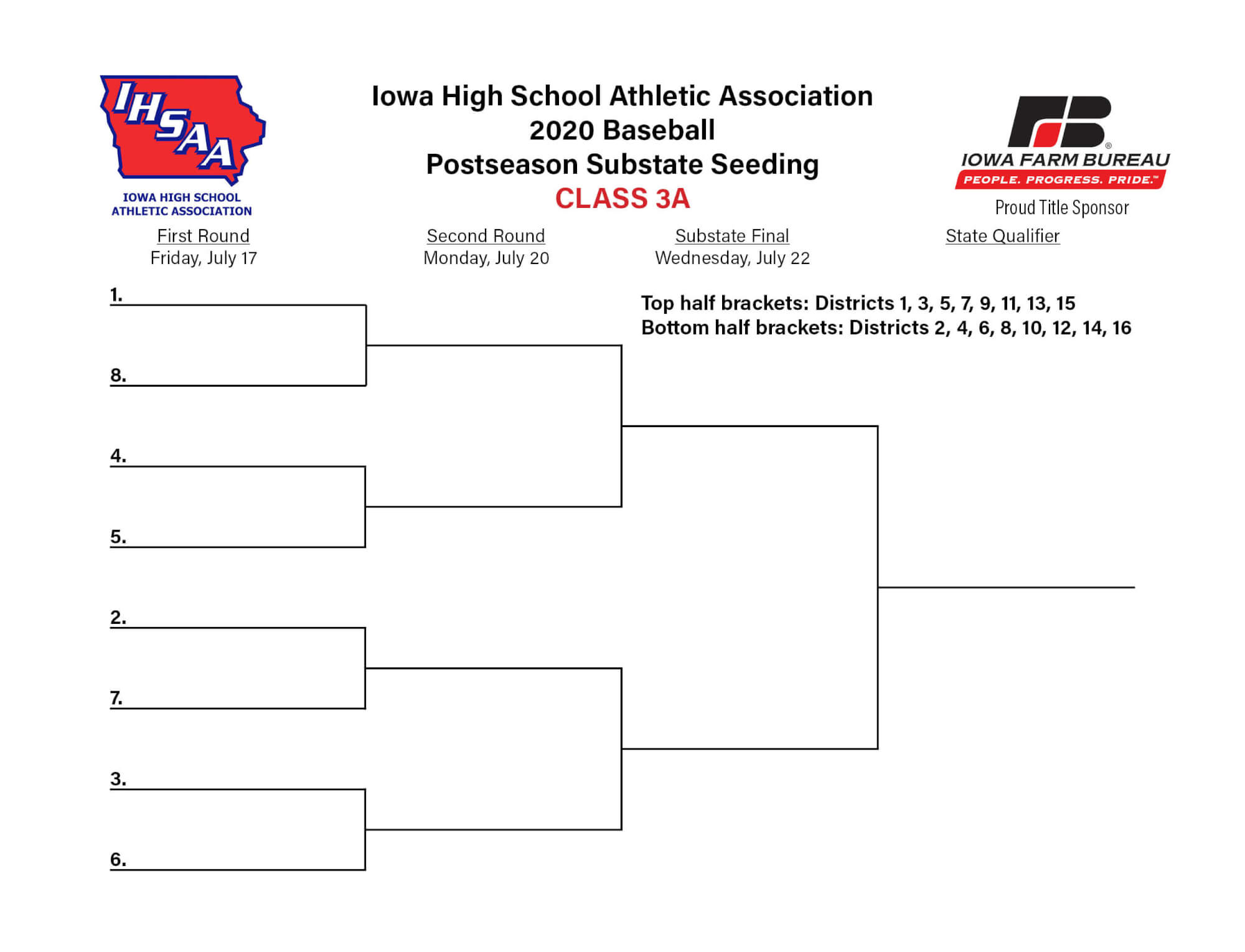 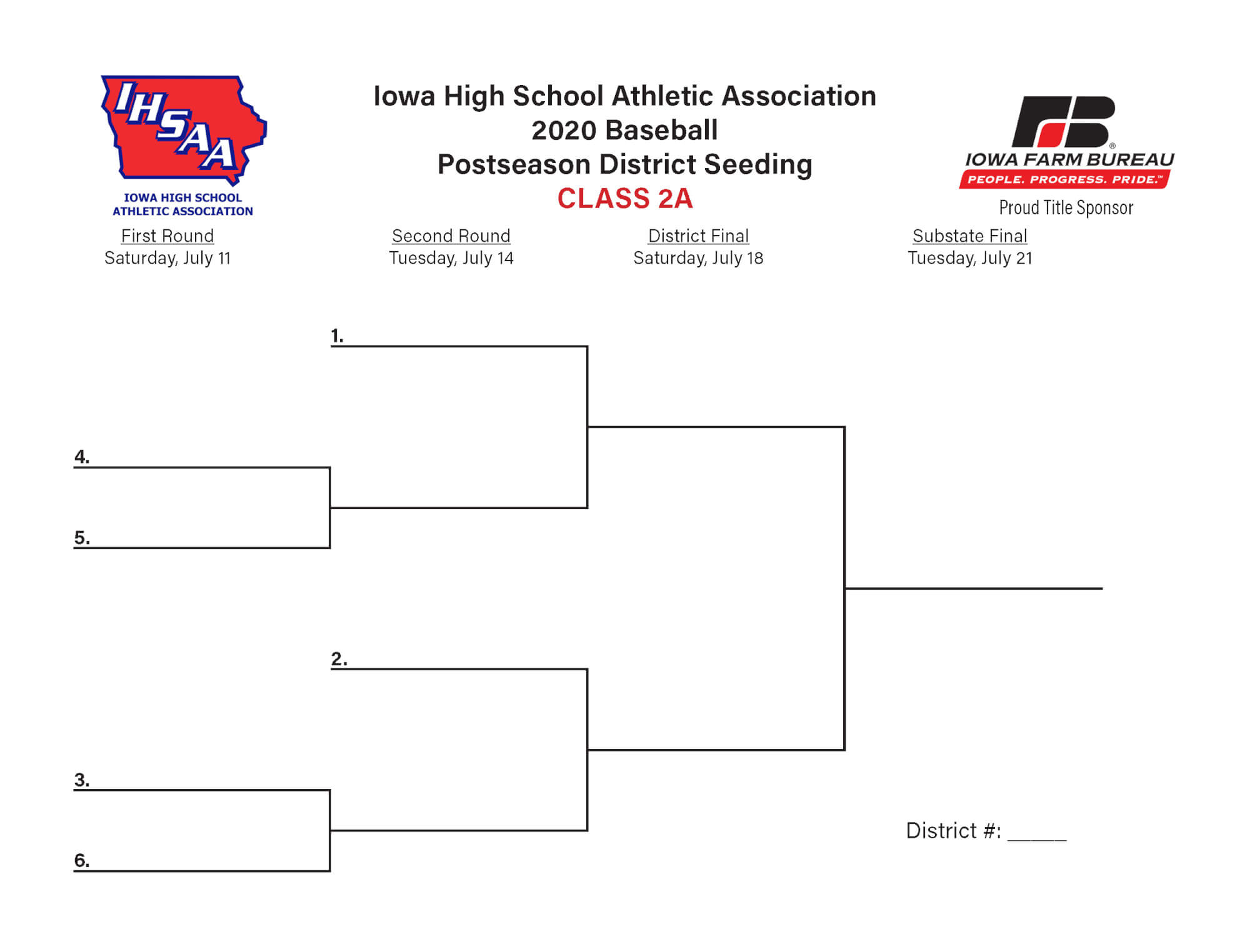 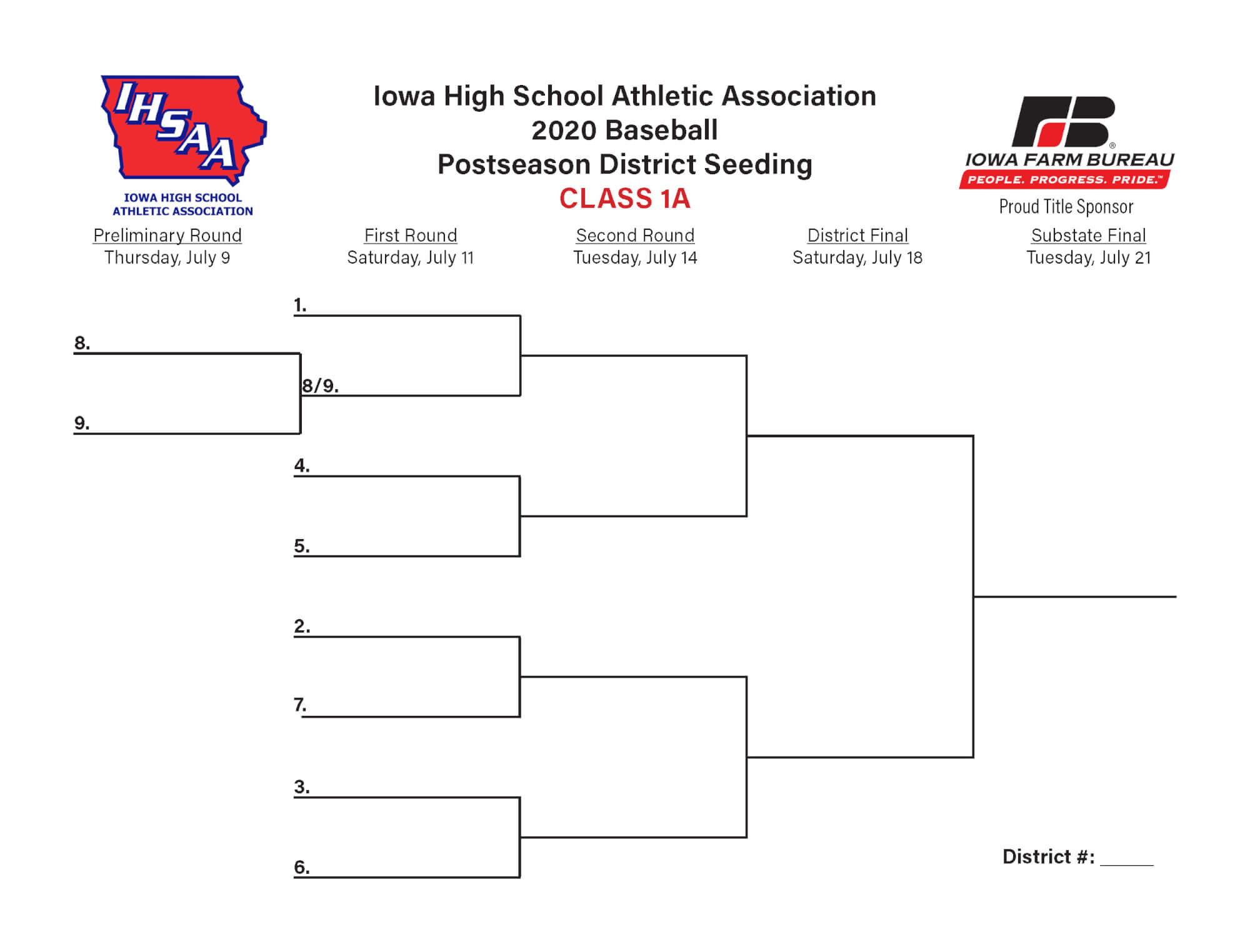 Doubleheader sites play at 4:30 and 7 p.m. unless otherwise noted. Single game sites are set for 7 p.m.

Once the postseason begins, check back for possible postponements and schedule updates at www.iahsaa.org.